The big European teams are very active in this transfers window.
Milan has made lot of transfers this summer, being the most active in the five major European leagues.

The most expensive transfer this summer is Romelu Lukaku, who for 85 million euros was transferred from Everton to Manchester United.

Other major transfers include Rooney in Everton, Antonio Rudiger in Chelsea, James Rodriguez in Bayern Munich, Alvaro Moratas in Chelsea, and Walker in Manchester City.

Danilo from Real Madrid to Man City for 26.5m pounds

Deulofeu from Everton to Barcelona for 12m euro

Leiva from Liverpool to Lazio for 5m pounds

Dani Cabellos from Betis to Real Madrid for 18m euros.

Januzaj from Man Utd to Real Sociedad for 11m euro

Leo Bonucci from Juventus to AC Milan for 42 million euro.

De Sciligo from Milan to Juventus for 12 million euros.

Bakayoko from Monaco to Chelsea for 40m pounds.

Walker from Tottenham to Man Citz for 45m + 4m pounds

Szczesny from Arsenal to Juventus for 12.2m euro

Morata from Real Madrid to Chelsea for  70 million pounds

Robertson from Hull to Liverpool for 8 million pounds

Costa from Bayern to Juventus for 46m euros

Dani Alves from Juventus to PSG for free

Rudiger from Roma to Chelsea for 34m pounds

Roonez from Man Utd to Everton for free

Lukaku from Everton to Man Utd for 75m pounds.

Lacazette from OL to Arsenal for 52m pounds

Terry from Chelsea to Aston Villa for free

Sandro from Malaga to Everton for 5m pounds 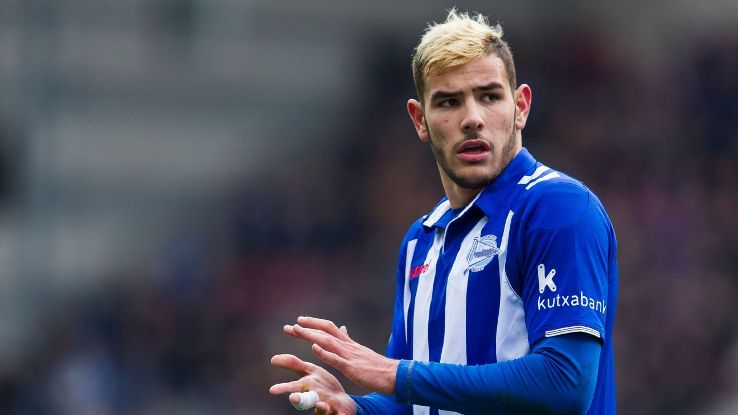 Theo from Atletico Madrid to Real madrid for 26m euro

Ake from Chelsea to Bournemouth for 20m pounds

Pepe from Real Madrid to Besiktas for free

Keane from Burnley to Everton for 30m pounds

Hakan from Bayern L to Milan for 25m euros

Salah from Roma to Liverpool for 36m euros

Tolisso from OL to Bayern for 41.5m euros

Andre Silva from Porto to AC Milan for 38m euros.

PSG publishes the names in the “black list”, led by the former United midfielder

“60 million euros and a midfielder”, comes PSG’s new offer for this player!

Lautaro had signed with Atletico!