A longlist of 50 players has been released by UEFA as voting begins on their official team of 2017.Among those nominated are 11 Real Madrid players, including Karim Benzema, Marco Asensio and Cristiano Ronaldo.

Gareth Bale does miss out although with Keylor Navas, three defenders and a whole host of midfielders available to vote for, it’s possible that Los Blancos could dominate the winning line-up.Atletico Madrid have four players in the running with five from Barcelona making the longlist as a fans vote will decide who makes the cut in the governing body’s XI. 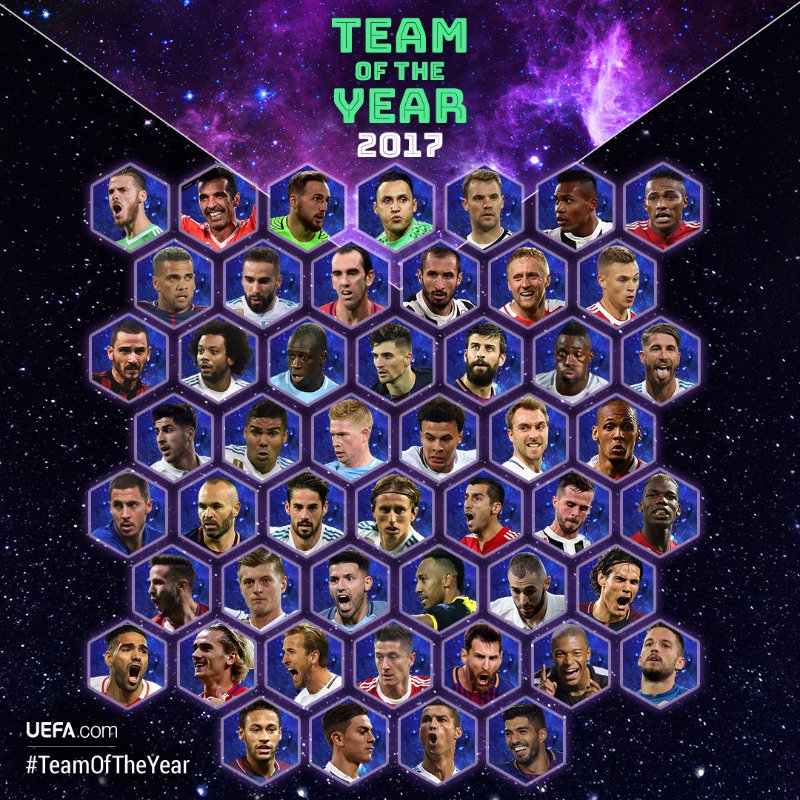 Vote on the link bellow:

Benzema injured, in doubt for Inter and Atletico

Real continues to be untouchable at the top, triumphing over Sociedad