A late Cristiano Ronaldo penalty meant that despite losing 3-1 on the night, Real Madrid denied Juventus a remarkable comeback and progressed through to the Champions League semi finals after winning 4-3 on aggregate.

Zinedine Zidane made two changes to the side that won 3-0 in the first leg, with ​Sergio Ramos and Karim Benzema making way in the starting line up for both Jesus Vallejo and Gareth Bale to come into the team. As for the visitors, Massimiliano Allegri made four changes from the first leg. Out went Andrea Barzagli, Kwadwo Asamoah, Rodrigo Bentancur and Paulo Dybala whilst in came Medhi Benatia, Miralem Pjanic, Blaise Matuidi and Mario Mandzukic.

It was always going to be a tough ask for Juventus to overturn a three goal deficit at the Santiago Bernabeu, and if they were to stand any chance of reviving their Champions League hopes then Allegri’s side needed an early goal, and that’s exactly what they got. 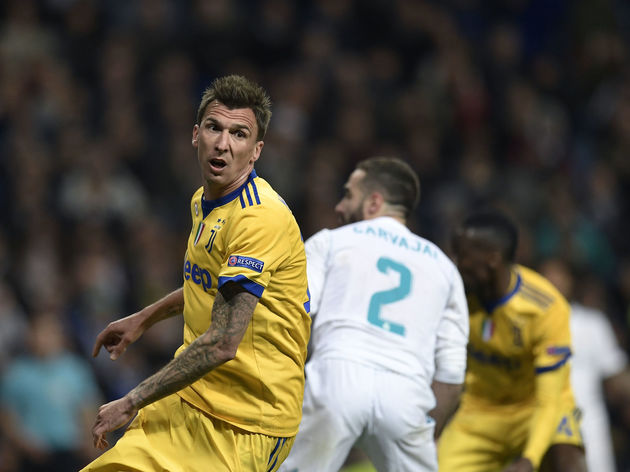 Inside the second minute of the game, Douglas Costa drove towards the Real Madrid defence before Sami Khedira clipped a delightful ball in towards the far post, where an unmarked Mandzukic was waiting to head the ball beyond Keylor Navas.

It was a start nobody predicted, and it was very nearly 2-0 just five minutes later. Costa again found himself driving at the defence and put a low driven cross into the box which was only parried by Navas. The ball fell into the path of former Madrid striker Gonzalo Higuain, but he was denied by a good double save from the Costa Rican goalkeeper.

After a bright start by the visitors, Madrid thought they’d scored and killed off the tie after a Ronaldo shot stung the gloves of Gianluigi Buffon before Isco followed up with a delicate chip over the Italian and into the net. However, the goal was ruled out as the Spaniard was judged to have been offside when Ronaldo got his shot away, much to the frustration of the home fans. Madrid then seemed to ease into the game after a nervy start, however the nerves of the Madrid fans soon increased dramatically just 10 minutes before half time. After coming on as a substitute, Stephan Lichtsteiner beat Marcelo down the right hand side and swung a dangerous ball in towards the six yard box, which Mandzukic was able to get his head on.

Navas was able to get a palm to it, however was unable to stop the ball from hitting the the back of the net and it certainly was game on from there. In the space of 40 minutes, Juventus had cut the aggregate lead from three goals to just one and had the Champions League holders on the ropes in their own back yard.

Mourinho desperate to lose: Inter are much stronger than Roma

Pioli talks about the match against Liverpool: The Reds have 1000 strong points

Barcelona offer names like Dembele, Coutinho or Umtiti for Torres, but Manchester City do not like either

Pochettino: Verratti one of the strongest players I have coached